While smaller premature babies are given around-the-clock nutritional care in the Neonatal Intensive Care Unit (NICU), there has been debate among researchers on whether or not regular breastmilk or standard formula alone is enough nutrition for these babies to develop optimally after being discharged from the hospital.

Now, a meta-analysis — or detailed analysis of previous studies — conducted by researchers at the University of Missouri and University of Oxford, UK, suggests that adding nutritional fortification to human breastmilk or using a nutrient-enriched formula for those who are formula-fed, improves the size, weight and physical health of premature babies, as well as possibly improving their cognitive development.

Jan Sherman, a teaching professor in the MU Sinclair School of Nursing, collaborated with Alan Lucas, a professor at University of Oxford, UK, to analyze 27 randomized trials that involved more 2,000 premature babies around the world, including in North America, Europe, Asia, and Africa. After comparing the physical and neurodevelopmental health outcomes, the researchers found that small premature babies who were given a nutrient-enriched diet after being discharged from the NICU weighed more, had larger heads and brains, and stronger bones. Although the research is incomplete, some evidence suggests that improving growth in these babies may also benefit cognitive development.

“This new research-based review can help providers decide on the best nutritional care for premature babies after they are discharged from the NICU,” Lucas said. “Breast feeding is the preferred way of feeding these babies, but whether they are breast or formula fed, we hope that this review will also help providers to appraise optimal levels of nutrients used for this important group of babies. It has also been questioned whether such nutrient-enriched diets would put these babies at potential risk of cardiovascular disease. However, the studies reviewed did not support this concern.”

Lucas has been researching nutrition in premature babies for 45 years, and Sherman, a Neonatal Nurse Practitioner (NNP) as well as an expert in statistical analysis, has seen the health issues babies born prematurely face first hand while working in NICUs for nearly 40 years.

“Every baby deserves the best possible care we can provide, and every parent wants the best outcome for their baby, so providing optimal nutrition is very important to us,” Sherman said. “The dietary choices that providers make for these infants is very important given that early nutrition is crucial for positive health outcomes later on in life.”

“Post-discharge nutrition in preterm infants” was recently published in NeoReviews, a journal published by the American Academy of Pediatrics. 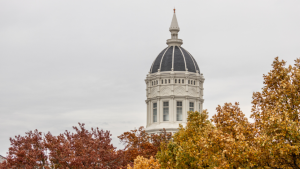 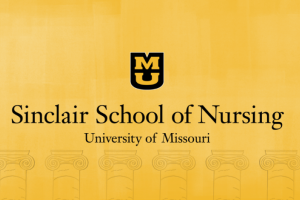 Research Faculty Made November a Month for Impressive Outreach

Faculty and student researchers at the Sinclair School of Nursing traveled to conferences during the month of November presenting and earning numerous awards. 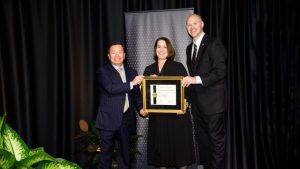