SSON alumna, Edith Harrington, will turn 100 years old next year, but during 1943 at age 20, she left her life at Mizzou to join the WWII effort in the US Cadet Nurse Corps.


Edith Harrington, who had just begun classes at the University of Missouri the year before, joined the United States Cadet Nurse Corps in 1943. With nurses in short supply due to an ongoing World War II, the federal government had called on young women like herself to train as nurses. According to Mizzou Magazine, she vividly recalls caring for wounded soldiers at a hospital in Topeka, Kansas. “They were just returning from battle and liked us quite a bit because we cadets were closer to their age and a lot more attentive than the nurses,” she says. “They’d open up to us because we listened. We had the time to talk to them.”

This year, Edith is just one year short of being a century old. Despite her age, she is very much still on the move. In 2021, she was chosen by Governor Mike Parson to be the grand marshal of Missouri’s Bicentennial Inaugural Parade, during which she rode in a World War II era military Jeep waving to the crowds through the state’s capital city. Most recently, she visited her old stomping grounds at Mizzou to speak with current students at the Sinclair School of Nursing. She recalled her life stories and feels honored to have served in the war effort as a Cadet Nurse. 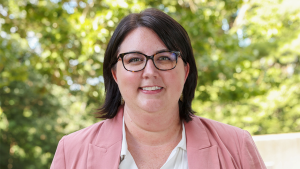 Chelsea Howland, PhD'22 and advocate for health outcomes in rural settings, has the distinct honor of being selected as the doctoral student marshal for the MU graduate commencement ceremony on Saturday, Dec. 17. 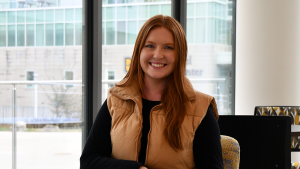 Olivia Besgrove is a fourth generation tiger with a passion for helping others during life's biggest moments. 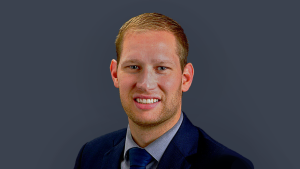 Kelby Perry hopes to bridge the gap between hospital administration and nurses. "It goes back to making sure they have the resources that they feel they need to do their job and provide clinical quality care."