As a two-time breast cancer survivor, Allison Anbari knows that the combination of chemotherapy, radiation, and surgeries that she endured during cancer treatment puts her at greater risk for developing lymphedema, a chronic condition of swelling caused by disruptions to the body’s lymphatic system. This usually occurs after the surgical removal of lymph nodes or radiation to the lymph nodes – common treatments for breast cancer.

With her own experience in mind, Anbari, an assistant professor in the University of Missouri Sinclair School of Nursing, conducted a study to better understand how rural Missourians are managing their lymphedema after surviving breast cancer. While rural and small-town survivors emphasized feelings of resiliency and self-reliance, they also reported a willingness to meet with therapists and implement personalized self-management strategies to help reduce swelling, while also going about their daily activities. When implemented, Anbari found that these strategies helped improve these survivors’ quality of life.

“If left untreated, excessive swelling from lymphedema can lead to mobility issues, pain and possible infections,” Anbari said. “Various treatment techniques include massaging affected areas of the body or wearing compression bandages. The goal of these self-management strategies is to move fluid from areas of the body with lymphatic damage to higher-functioning lymphatic areas, which can help reduce swelling.”

While interviewing study participants about their experiences managing this chronic condition, Anbari said many of the women with lymphedema became aware of particular daily activities that might trigger swelling or discomfort, such as lifting boxes at work or performing various chores and leisurely activities around the house. In response, the women would either delegate those tasks to colleagues or significant others to avoid discomfort, or wear their compression garments and massage affected areas before completing these tasks to reduce swelling.

“The more we hear from patients about their various experiences, the more we can learn about best approaches for self-management strategies,” Anbari said. “This research can increase awareness and education that provides breast cancer survivors with the tools they need to make lymphedema the least of their worries.” 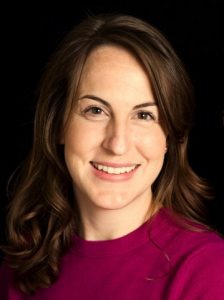 Allison Anbari is an assistant professor in the MU Sinclair School of Nursing.

Anbari added that as cancer treatments continue to improve, there will be a growing number of cancer survivors who are at an increased risk of developing lymphedema going forward.

“As this population of at-risk breast cancer survivors continues to increase, we can learn from survivors’ experiences to better tailor personalized care,” Anbari said. “One of my favorite responses I heard from a study participant was, ‘Breast cancer didn’t own me, and neither will my lymphedema’.”

“The impact of breast cancer-related lymphedema on rural and small-town survivors’ return-to-work and quality of life: A multiple-case study” was published in Cancer Treatment and Research Communications. Yuanlu Sun of University of Missouri-St. Louis was the co-principal investigator on the study and co-authors include Sarah McCaffrey, Jamie Morton, and Jane Armer of the MU Sinclair School of Nursing. Funding for the study was provided by Sigma, an international nursing honor society.

We are so excited to share our
December Commencement photo album with you! 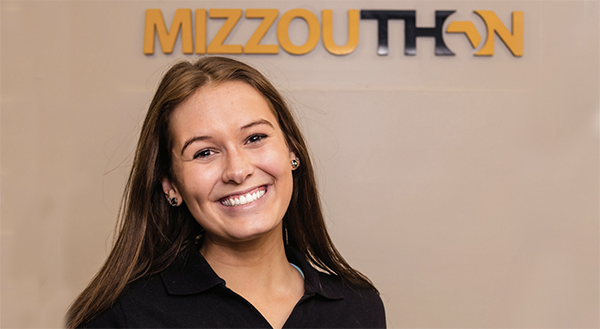 On one of her first days on campus as a freshman, Shelbie Mays heard about MizzouThon from her Kappa Delta sorority sisters. They told her that the University of Missouri student organization is dedicated to raising money for kids at Children’s Hospital, with a particular focus on the neonatal ICU.

That was all she needed to hear.

Just before coming to MU, Mays had watched her aunt’s premature twins fight for their lives in a NICU in St. Louis, so she knew about the miracles that happen in NICUs.

“There are so many premature babies being born every day, and I think it’s awesome we can put our focus on the Children’s Hospital NICU,” Mays said.

Since it started in 2008, MizzouThon has become the largest studentrun philanthropy at MU, with an average of 725 members over the past three years. Throughout the year, students get to know and lift the spirits of Miracle Kids, the patients who participate in the program through the Children’s Miracle Network. Columbia residents are used to seeing their signature volunteer work of “canning” — filling cans with cash donations — near storefronts and intersections. MizzouThon members host multiple fundraisers leading up to the annual Main Event, a dance marathon for students and Miracle Kids that lasts more than 13 hours.

The organization has raised more than $2 million for Children’s To support MizzouThon with a donation, open the camera on your smartphone, point it at the QR code and follow the instructions. University of Missouri senior Shelbie Mays has been an active member of MizzouThon since her freshman year. The organization supports Children’s Hospital. Hospital, which has funded the renovation and enhancement of the NICU — renamed the MizzouThon NICU in 2018 — and supported other services, such as the music therapy program. All of the money raised stays local.

“We are so grateful for the support of MizzouThon and the help it provides in taking care of our tiniest patients,” said Keri Simon, MU Health Care’s chief hospital operations officer. “Donations have allowed us to expand the number of babies we care for, as well as help us provide state-of-the-art equipment to meet their needs. As we look to the future and the construction of our new Children’s Hospital, we will be building a 60-bed NICU with 100% private patient rooms. This continued growth and improvement is so important to our patients and families and would not be possible without the generous support of MizzouThon.”

Mays, who is now a senior and a member of MizzouThon’s general leadership board, will attend MU’s Sinclair School of Nursing after completing her undergraduate degree. She plans to become a pediatric nurse. Seeing MizzouThon’s impact firsthand while shadowing nurses in the NICU has reinforced that she is devoting her energy to the right cause and entering the right profession.

“I remember one time there was a little boy who had a lot of things going on who had been in the NICU over a year,” Mays said. “The nurses, every time they walked by, would stop by and talk to him before continuing to their next round. Seeing that connection, and knowing MizzouThon contributes to those moments, was awesome.”

Be the first to hold the inaugural Verna Adwell Rhodes Endowed Chair in Nursing. Dr. Rhodes is recognized as a pioneer in oncology nursing research and she is referred to as the “mother of oncology nursing symptom management and assessment.” Her work led to the development of 3 oncology assessment tools that are used in 23 countries around the world.