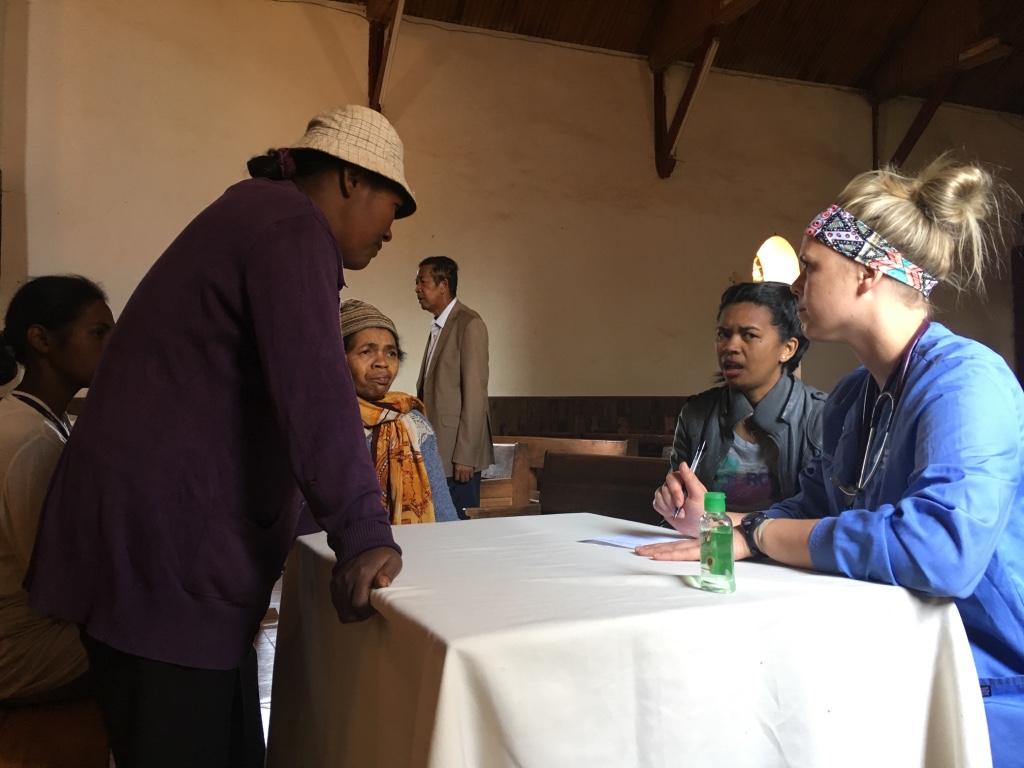 Professors at the Sinclair School of Nursing do not often recommend taking a week off of classes and clinicals. But when senior Stephanie Oetting learned she had the chance to experience medicine in Africa, everyone knew she had to jump at the opportunity.

Oetting spent a week in October 2016 working alongside missionaries in medical clinics in five villages throughout the country of Madagascar. The trip was in partnership with Lutheran Church Missouri Synod Mercy Medical Teams, who sends regular medical mission trips throughout Africa. The team included nine Americans and three Madagascan doctors who partnered alongside a general surgeon.

Each day, the team traveled to a different remote village, where they would see between 400 and 570 patients each day. In these clinics, Oetting says the team performed “quick, down-and-dirty medicine.”

Many of the patients walked miles and miles to be seen by the Mercy Medical Team. The most common complaints reported by patients included headaches, abdominal pains and muscle aches. While most of these seemed minor, there were a few cases that really struck Oetting and made the trip “more real” to her.

“There was one child who came in with fluid leaking heavily out of his ears and so many that probably had colon cancer, but there was nothing we could do for them,” Oetting says. “Those cases were really hard.”

However, there were some cases that restored her hope. One was a two-year-old who needed surgeries on his wrist. The team was able to set him up with surgery in a nearby city.

Lessons learned on this trip will help Oetting as she begins her professional career after graduating this spring. The biggest thing she learned, she says, was to focus on patient expectations rather than her own expectations.

“When you go on a mission trip, you have all these expectations of how much you can help,” she says. “But when I got there and saw how little we could do by Western medicinal standards, I was discouraged and wondered how much we were really helping. But then I remember that these patients wouldn’t spend their days walking to see these clinics when they are there twice a year if they weren’t helpful. I had to drop my own expectations.”