Over the last five years Sinclair School of Nursing has been part of a campaign to raise money for various efforts such as the construction of their new state of-the-art facility, student scholarship support, research endeavors, and more. The goal was $10 million dollars and during this time, due to the amazing support of donors, a total of $17,636,904 was raised.

From this, 14 new active endowments and 2 planned endowments for student scholarships were formed. In total, 2,129 donors gave to support this campaign and 807 of them were SSON Alumni.

We are humbled and proud of all the student support to thank and show appreciation to our donors.  As you will see in this presentation,the students always add a special component to any event that we host.  You can’t help but grin ear-to-ear while listening to them.  They make the School of Nursing so proud!

More than 380,000 babies are born prematurely in the United States each year, according to the March of Dimes. “Preemies” can be severely underweight babies and struggle to get the nutrients they need from breast milk alone, so neonatal intensive care units provide an additional milk fortifier, either in the form of cow’s milk or manufactured from donor breast milk, to keep them healthy.

Jan Sherman, a professor in the MU Sinclair School of Nursing, collaborated with Alan Lucas, a professor at University College in London, to perform a meta-analysis on various studies involving more than 450 severely underweight, premature babies in the United States, Canada and Austria who received either traditional cow-based milk fortifiers or human-based milk fortifiers.

“Everyone wants what’s best for these underweight, premature babies, and choosing the best type of milk fortifiers for feeding can help lead to improved health outcomes,” said Sherman. “Nearly half of neonatal intensive care units in the United States, including the one at MU Children’s Hospital, are already using human-based milk fortifiers. If we can reduce these cases of necrotizing enterocolitis, if we can preserve their eye sight and reduce the risk of infection, that will benefit the babies’ health in the long term.”

Neonatal intensive care units can use this research in evaluating the nutritional supplements they give to severely underweight, premature babies, who have a higher risk of death or disease than babies born after a full nine-month pregnancy.

“Our research is geared toward better understanding if we can avoid cow’s milk fortifiers while still feeding premature infants well,” said Lucas. “The most current evidence suggests that a diet with entirely human milk and enriched feeds manufactured from donated human milk will meet the nutritional needs of the baby without the potential negative health effects that can come with a cow milk fortifier.”

“Safety of Cow’s Milk-Derived Fortifiers Used with an All-Human Milk Base Diet in Very Low Birthweight Preterm Infants” was recently published in Neonatology Today. Other authors include Maushumi Assad of the Beth Israel Deaconess Medical Center, John Boscardin of UC San Francisco and Steven Abrams of University of Texas, Austin.

Every semester we are proud to graduate another professionally-driven class of nurses from the Sinclair School of Nursing. This summer’s accelerated class faced many challenges, not only persevering through those challenges but also being adaptable in a time of uncertainty. They will leave our doors with everything they need to succeed and our doors remain open, – our faculty, staff and alumni are all here to support and cheer them on in this next chapter. Here are a few of our graduates and their chosen quotes of inspiration. Please join us in celebrating the talented 2020 graduates of the Sinclair School of Nursing.

COLUMBIA, Mo. – As the coronavirus pandemic continues to put a strain on health care systems, nursing homes have become overburdened with the challenge of keeping both patients and staff safe and healthy. Older residents in long-term care facilities are especially vulnerable to the effects of a respiratory illness like COVID-19, and nursing homes are not appropriately designed nor staffed to handle large numbers of infectious residents. 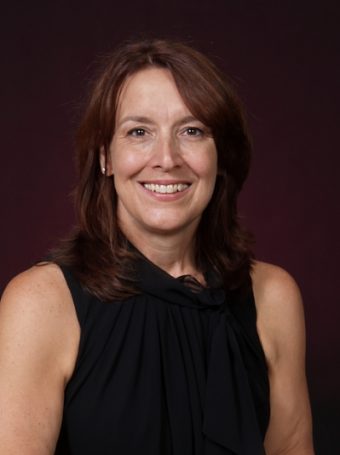 In response, two MU Sinclair School of Nursing support teams – the Quality Improvement Program for Missouri and the Missouri Quality Initiative – are working with the Missouri Department of Health and Senior Services to provide assistance to more than 500 nursing homes across the state.

“The main goal of our response efforts is to make sure nursing home residents are staying as safe as possible during this very traumatic and challenging experience,” said Lori Popejoy, associate professor in the MU Sinclair School of Nursing. “At the beginning of the pandemic, access to personal protective equipment (PPE) was a big concern for nursing home staff. We were able to collaborate with various community organizations to distribute more than 3,000 face shields to nursing homes throughout the state.”

In addition to securing and distributing PPE, other efforts include offering recommendations, guidance and support to nursing home staff and administrators as they navigate and implement the ever-changing COVID-19 infection control practices. As the Centers for Disease Control and Prevention and Missouri Department of Health and Senior Services continue to update their recommendations for mitigating the spread of COVID-19, the support teams are synthesizing, summarizing and organizing this information to help nursing homes establish and modify protocols for isolating sick patients, use PPE properly and notify the family members of infected patients.

“Now that the nursing homes are isolating residents in individual rooms, the residents are no longer dining in groups, attending group activities or inviting outside visitors into the facilities,” said Amy Vogelsmeier, associate professor in the MU Sinclair School of Nursing. “In order to continue providing support to these individuals, nursing homes have adopted creative practices, such as video chatting with family members so residents can see their loved ones, or assigning staff members to check in daily with residents who may be struggling to cope with the effects of social isolation.”

Given the shortage of nurses in Missouri, the pandemic has highlighted the importance of advanced practice registered nurses, who play a key role in identifying and managing illness in nursing homes to prevent avoidable hospitalizations. 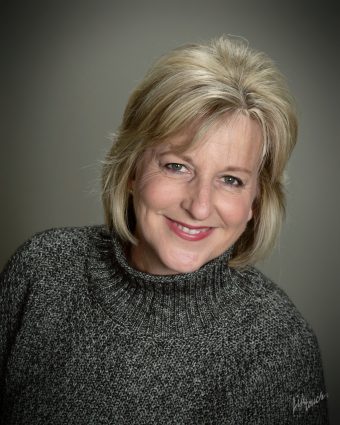 “This is a time where the public is really becoming aware of the value registered nurses bring to the health care industry,” Popejoy said. “It has been inspiring to see the impact they have had to mitigate the effects of this public health crisis.”

“A Coordinated Response to the COVID-19 Pandemic in Missouri Nursing Homes” was recently published in the Journal of Nursing Care Quality.

Connie Henke Yarbro, RN, MS, FAAN, is Adjunct Courtesy Faculty, Sinclair School of Nursing at the University of Missouri-Columbia, and Founding Editor of Seminars in Oncology Nursing.  She is one of four founders of the Oncology Nursing Society (ONS) in 1975, and founded the Oncology Nursing Foundation to support nurses both nationally and internationally.
Yarbro had the opportunity to get involved in the  US and Internationally to addressed the numerous challenges of our profession over the years. “It was rewarding to work with nurses and help them aspire to becoming involved in oncology nursing.  In 1975 cancer nursing research was just really beginning, as was education in nursing schools. I started Seminars in Oncology Nursing 35 years ago and was able to mentor oncology nurses to be editors and authors. Today, oncology nurses are having a major impact with the research on patient care, survivorship etc.  These nurses, like Mei Fu, are mentoring the next generation of oncology nurses.

The Oncology Nursing Foundation announces the recipient of the 2020 Connie Henke Yarbro Excellence in Cancer Nursing Mentorship Award is Mei R. Fu (Qiu), PhD, RN, FAAN. Dr. Fu is a Barry Family/Goldman Sachs Endowed Professor in the William F. Connell School of Nursing at Boston College in Massachusetts. She will join an upcoming conversation on the importance of mentorship in cancer nursing on June 15, 2020, at 4 pm EST via a webinar.

The Connie Henke Yarbro Excellence in Cancer Nursing Mentorship Award was established to recognize and support excellence in oncology nursing mentorship in the name of a founding member of the Oncology Nursing Society and Foundation, Connie Henke Yarbro. “Mei has gone above and beyond in many ways as a nurse scientist to inspire others in her field. She has committed to nurturing professional development in students both nationally and internationally,” said Oncology Nursing Foundation president, Tracy Gosselin, PhD, RN, AOCN®, NEA-BC, FAAN. “Her assistance with educational pursuits, research, grant funding, and multicultural engagement is extraordinary.”

“From my mentors, I learned the most important quality of a wonderful mentor is the mentors’ trust in our ability when we had very little confidence in and limited vision for our nursing career, but they foresaw our potentials and encouraged us to go forward and beyond. It is their trust in our ability and personalized guidance that made us successful in our career.” Said Dr. Fu.

An Oncology Nursing Society member for more than 25 years, Dr. Fu is an internationally and nationally recognized nurse scientist, researcher, and educator, with a scientific focus on cancer-related symptoms and the management of chronic illnesses. She is a fellow of the American Academy of Nursing, a senior fellow of geriatrics of the Hartford Institute for Geriatric Nursing, and a fellow of the New York Academy of Medicine. Her research has been supported by the National Institutes of Health, the National Science Foundation, the Oncology Nursing Foundation, and the Avon Foundation, among others. Dr. Fu’s research has been recognized with an Oncology Nursing Society Excellence in Cancer Nursing Research Award and an International Lymphology Association Young Investigator Award.

“I am extremely humbled and honored to be selected as the recipient of the 2020 Oncology Nursing Foundation Connie Henke Yarbro Excellence in Cancer Nursing Mentorship Award. I am blessed to have many talented oncology nurses and nurse scientists working with me along this wonderful journey,” said Dr. Fu. “I cherish this wonderful recognition from the Oncology Nursing Foundation and will continue to dedicate my time to mentor nurses for years to come.”