Nurses are uniquely positioned to deploy stewardship strategies across the health care continuum by optimizing the timely administration and discontinuation of antibiotics, obtaining cultures before antibiotics are administered, identifying potential changes from intravenous delivery routes to oral therapy to avoid line complications, and providing education to ensure antibiotic adherence. Results from this study will be used to evaluate the effectiveness of the intervention for scalability and sustainability.

For the first time in the history of the Sinclair School of Nursing, we also had three Nursing Postdoctoral fellows showcasing their research: Dr. Kayla Herbell, Dr. Yang Li, and Dr. Rusen Ozturk. Health Sciences Research Day provides an annual forum for MU undergraduate, medical, nursing and health professions students, as well as pre and postdoctoral trainees, to showcase their research. Students displayed their work in the School of Medicine’s Acuff Gallery and Patient-Centered Care Learning Center at the day-long event.

St. Louis, MO — March of Dimes is pleased to announce the 2018 Legend Award Recipient, Marilyn Rantz, Curators Professor Emerita of Nursing, at the University of Missouri Sinclair School of Nursing.

Since 1992, Rantz has been pioneering work in nursing home care quality. Her career spans 35 years, first in practice, then as a leading researcher at MU. She is an internationally recognized expert in quality measurement in nursing homes and research programs to improve the quality of care of older people.

“It is wonderful to have my work recognized by March of Dimes,” Rantz said. “I’m really passionate about finding innovative ways to improve health care. That’s what gets me up in the morning.”

Rantz and her interdisciplinary research teams have received more than $80 million in funding to conduct research in long-term care, new delivery models of care for older adults, and most recently, for technology development to help older adults stay in their homes as they age. Much of this research is conducted at TigerPlace, a model of independent housing to enable older people to age in place through the end of life, maximizing independence and function.

The March of Dimes Nurse of the Year Awards gala was held at the Renaissance St. Louis Airport Hotel with a reception and dinner beginning at 6:00 p.m. The event was expected to draw more than 650 attendees while raising critical funds for March of Dimes.

Leading the event were co-chairs, Elizabeth Buck of Maryville University and Joan Smith of St. Louis Children’s Hospital, along with an Executive Leadership Team.

“We are proud and honored to be this year’s co-chairs of the Nurse of the Year Awards. March of Dimes does so much for our community through their advocacy, education and research programs.” Buck said.

Funds raised by the Nurse of the Year Awards gala help support prenatal wellness programs, research grants, and neonatal intensive care unit family support and provide education and advocacy so that every baby can have the best possible start. Today, 1 in 10 babies is born too soon in the United States each year. March of Dimes is committed to working together to improve the health of every mom and baby.

About March of Dimes

March of Dimes leads the fight for the health of all moms and babies. We support research, lead programs and provide education and advocacy so that every baby can have the best possible start. Building on a successful 80-year legacy of impact and innovation, we empower every mom and every family. Visit marchofdimes.org or nacersano.org for more information. Visit shareyourstory.org for comfort and support. Find us on Facebook and follow us on Instagram and Twitter.

On June 1, 2013, Adam Brandes’ Army unit had just left a graduation ceremony for new Afghanistan police officers it had trained and was headed back to its base in Ghazni Province.

“It was a nice summer day when, out of nowhere, there was a loud explosion and a cloud of dirt,” Brandes said.

Staff Sgt. Job Reigoux was in the lead vehicle with other soldiers and their interpreter when it was struck by a rocket-propelled grenade.

“It went through the side of the truck, through Job’s right leg and left hand,” Brandes said. “When we got to the outpost … we couldn’t tell if he was alive or dead.”

Reigoux was sent to a bigger base with a field hospital. Less than an hour later, Brandes and his unit learned their buddy died on the operating table.

“I wondered what more I could have done,” Brandes said.

Brandes, a native of Prairie Home, Missouri, enlisted in the Army in February 2009. Ten months later, he deployed to Iraq with the Third Infantry Division. He returned to the U.S. in December 2010, and in the summer of 2011 was promoted to rank of sergeant.

It was during this second tour that Brandes’ friend, Reigoux, was killed – just six weeks before they were scheduled to come home.

“There were lots of emotions during the remaining time there,” Brandes said. “I served my country, and now I was ready to go home and serve my community.”

Brandes considered the options available through the GI Bill, and with encouragement from his friends, applied and was accepted into MU’s Sinclair School of Nursing. He graduated with a Bachelor of Science in Nursing degree in 2017. After graduation, he had multiple job offers in mid-Missouri emergency rooms.

“I chose University Hospital for its Level 1 trauma center,” he said. “I knew I would be getting the most experience here.”

In the Army, he supervised soldiers and had to make decisions quickly. In the ER, life-and-death decisions also have to be made fast.

“Being overseas, stuff changes rapidly,” Brandes said. “It was something I enjoyed about it. You never know what the next day will bring.”

Brandes isn’t left wondering any more if there is something he can do to help during medical emergencies. The skills he acquired on the front lines with the Army and in the simulation lab during nursing school allow him to help any patient who comes through the doors of the emergency room. 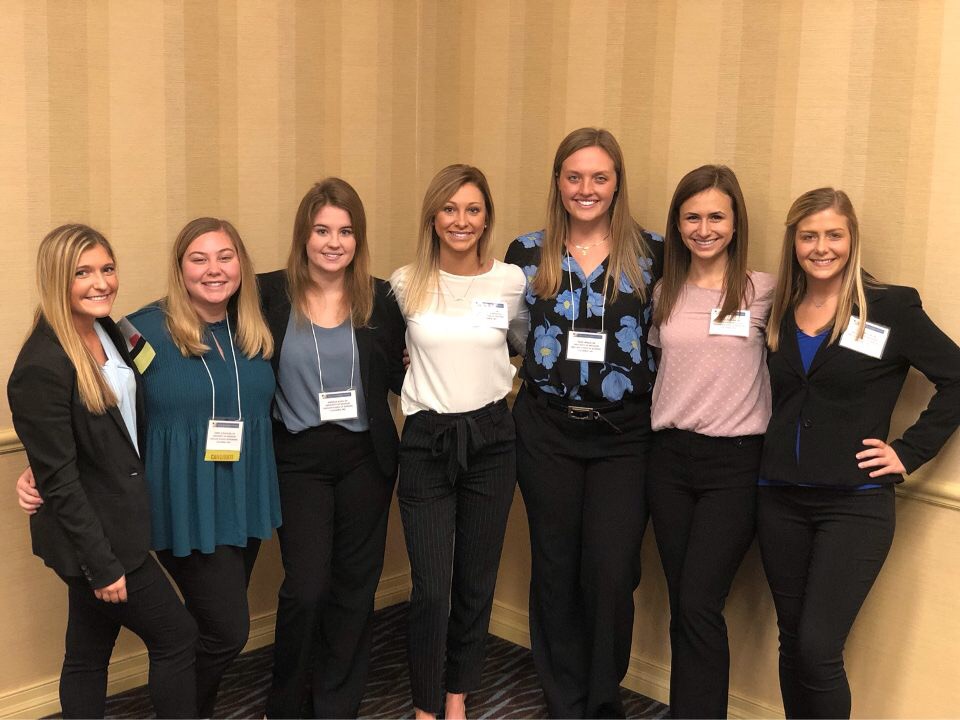 They will proudly represent the Sinclair School of Nursing as they serve their 2018-19 term in office.

The MONSA Convention October 16 & 17 2019 will be held in Columbia. This will be an excellent opportunity for Sinclair to really showcase who we are!

“Our students work very hard to reach the goals established at the local level,” Otto said. “It is wonderful to see them recognized at the state and national level for their efforts.”