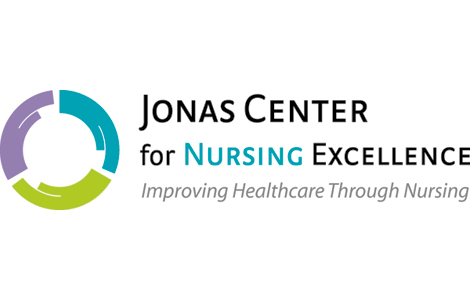 Beth traveled to the Dominican Republic as part of the MU team to support underserved communities to work on hypertension prevention screening and treatment. In a post on the Jonas Center’s website, Beth wrote about her work there, including the role she played in cataract education.

“The Foundacion Enciende una Luz (Light a Candle Foundation) is doing excellent work providing much needed healthcare services to the underserved population of the bateyes in the Dominican Republic, particularly to prevent, diagnose and treat hypertension through home visits to check blood pressure and provide refills of antihypertensive medications. As part of this work, it was identified that many of the bateyes population are suffering from cataracts, and that education on this topic should be integrated into the hypertension program. Now, after having blood pressure monitored and receiving their refills, individuals participating in this program are shown an educational display with facts regarding cataracts and the importance of wearing sunglasses for protection and are given a pair of sunglasses to take home.

The pre-educational questions identified that overall, people in the bateyes have heard the word cataract, but didn’t know what it meant. Even people who were visibly affected didn’t realize they were experiencing a cataract. The education provided them much insight as they had no idea they should be protecting their eyes. I’m honored to be part of providing something as simple as a pair of sunglasses that is going to prevent eye deterioration and potential loss of sight in this community.”

Check out our Spring 2016 issue of Mizzou Nursing magazine for a story on Alexis Downs, who traveled to the Dominican Republic through the Jonas Center. 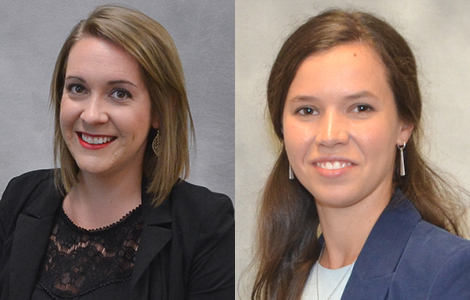 As a PhD student, Laura is studying the development of behavioral interventions to enhance the outcomes in vulnerable populations living with chronic health conditions, such as HIV. She is mentored by Maithe Enriquez, PhD, RN, ANP-BC, FAAN, Associate Professor of Nursing.

The MU Sinclair School of Nursing is pleased to announce Neethu Arikupurathu, MSN, RN, NPP, of New Hyde Park, NY, has been selected as the Robert Wood Johnson Foundation Future of Nursing Scholars recipient for the 2017-2020 cohort (Cohort 4).

The MU Sinclair School of Nursing (SSON) is one of only 28 schools of nursing nationwide to receive a grant to increase the number of nurses holding PhDs. The Robert Wood Johnson Foundation’s Future of Nursing Scholars program will provide financial support, mentoring and leadership development to nurses who commit to earn their PhDs in three years.

“The Future of Nursing Scholars program is making an incredible impact in real time. These nurses will complete their PhDs in three years, a much quicker progression than is typically seen in nursing PhD programs,” said Julie Fairman, PhD, RN, FAAN, Future of Nursing Scholars program co-director and the Nightingale professor of nursing and the chair of the Department of Biobehavioral Health Sciences at the University of Pennsylvania School of Nursing.

In its landmark nursing report, the Institute of Medicine recommended that the country double the number of nurses with doctorates; doing so will prepare and enable nurses to lead change to advance health, promote nurse-led science and discovery, and put more educators in place to prepare the next generation of nurses. The Future of Nursing Scholars program is intended to help address that recommendation.

“We were pleased to see that enrollment in doctorate of nursing practice programs has increased 160% from 2010 to 2014. However, we want to ensure that we also have PhD-prepared nurse leaders in faculty and research roles. In the same time period, PhD enrollment has only increased by 14.6%. The nurses funded through the Future of Nursing Scholars program will make important contributions to the field and be well-prepared to mentor other nurses,” said Susan Hassmiller, PhD, RN, FAAN, co-director of the program and RWJF’s senior adviser for nursing.

The 51 nurses supported in this round will join 109 Scholars across the three previous cohorts. The program plans to add a fifth cohort that will bring the number of funded Scholars to more than 200 nurses.

The University of Missouri is working to increase the number of researchers who use a patient-centered and community-engaged approach to their work by launching a new online graduate certificate in participatory health research.

“When researchers, community members, social welfare experts and health care administrators work as partners to conduct research projects, there is an increase in meaningful change and forward progress,” says Maithe Enriquez, SSON associate professor. “Former U.S. Surgeon General David Stacher has said this type of research methodology holds the key for getting to the root cause of health disparities.”

The program will create more health care professionals who are able to not only improve outcomes in their clinical setting, but also influence health care policy, Enriquez says.

MU is now accepting applications for the 100-percent online certificate program and classes begin August 21. GRE scores are not required for application.

The 15-credit-hour program is designed for professionals in social work, nursing and public health who want to acquire research skills to expand and grow their careers.

Students in the online program will apply research methodologies that health care systems and health research institutions value most:

The graduate certificate can be taken in addition to a student’s current graduate program of study in medicine, public health, nursing, social work or other areas. In-service professionals who seek to enhance their skills also can enroll in the certificate program. A bachelor’s degree is required for admission.

“Students are going to pick up valuable skills and expertise in community-based, patient-centered and clinical effectiveness research,” Enriquez says. “They also can grow their professional networks while continuing their education, which is something all licensed health care professionals are required to do.”

Four MU departments are working together to offer the course work for this online graduate certificate: the School of Medicine’s Family and Community Medicine, the School of Social Work, the School of Health Professions and the Sinclair School of Nursing.

Students who take two classes each semester can finish the 15-credit hour program in one year.

The MU Sinclair School of Nursing is pleased to announce PhD students Poungkamon “Mew” Krisanabud of Phitsanulok, Thailand, and Tipparat “Rose” Udmuangpia of Khon Kaen, Thailand, have been selected as P.E.O. International Peace Scholars for the 2017-2018 academic year.

The P.E.O. International Peace Scholarship Fund provides scholarships for as much as $10,000 to selected international women for graduate study in the United States and Canada. The P.E.O. Sisterhood is an international organization with broad philanthropic and cultural aims and in interest in furthering education opportunities for women.